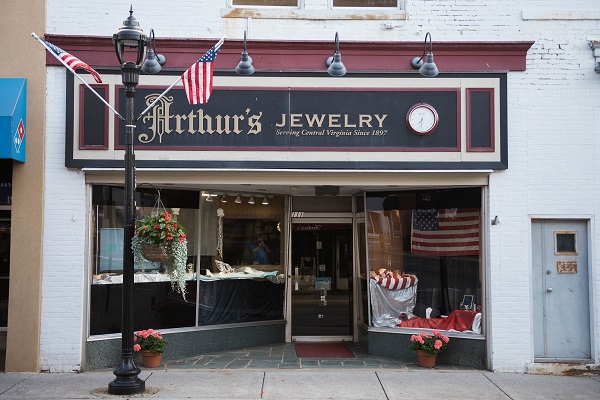 Arthur's Jewelry has been helping love sparkle for over 120 years. We were founded in 1897 on East Main Street in Bedford, VA by J.A. Heuser, about the same time that the town of Liberty changed its name to Bedford City.

Following the end of the Civil War, Bedford County moved into a period of rapid industrialization and our jewelry store was right in the midst of it. Mr. Heuser opened the business primarily as a watch repair store, serving only the local community.

In the 1900s, Mr. Heuser sold his store to Penn Ayers who renamed the store after himself and broadened its reach by bringing some of the finest jewelry available to Bedford. Back then, a trip from Bedford to Downtown Lynchburg would have taken hours instead of the minutes it takes today. Mr. Ayers recognized this and expanded the scope of our services to serve the Bedford area. His ambition was to provide Bedford with fine jewelry of the selection and quality found in the metropolitan areas around us.

In 1928, our store took the name of Arthur's Jewelry after Luther Arthur purchased it from Penn Ayers. Mr. Arthur built on the reputation of quality service and fine jewelry until 1953 when Melvin and Margaret Dickler purchased the store. With such a legacy built upon the Arthur's Jewelry brand, the Dicklers kept the name and continued growing the store - including moving it to its current location on Bridge Street - until 1992.

As a teen, Jim Messier was looking for an opportunity while in high school. He was working at the old skate rink in Bedford when Mr. Dickler offered him a job at Arthur's Jewelry. Jim saw an opportunity and without even knowing the pay, took the job and began a week later. During his years working for Melvin Dickler, Jim learned the jewelry trade inside and out.

After working two decades for Melvin Dickler, Jim and his wife Cindy purchased Arthur's Jewelry in January 1992. Jim and his staff expanded upon the Arthur’s legacy, remaining true to the principles that we were founded upon and broadening our services to include much of the surrounding region.

While our store has seen many changes throughout the years, we remain committed to serving our customers as the premier jewelry store in Central Virginia. Arthur's Jewelry is a landmark in Historic Centertown Bedford where the past and the future share a common thread: Symbols of love. 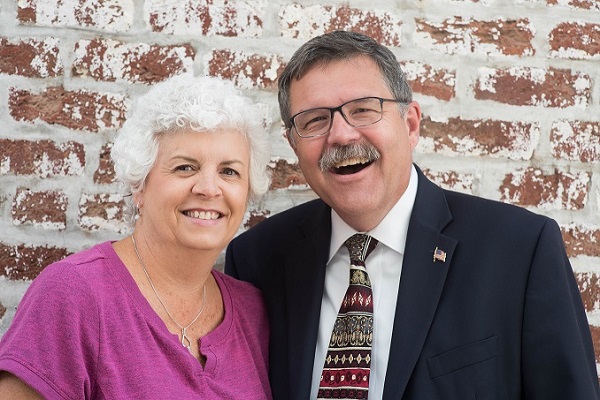